Malaria Week: “United We Will Defeat Malaria in Asia-Pacific” 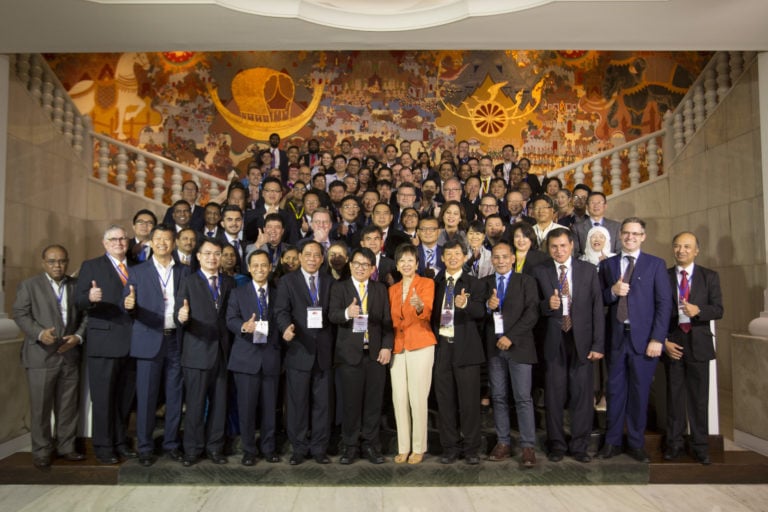 BANGKOK, 24 APRIL 2019 – Today, representatives from 24[i] Asia-Pacific nations pledged to undertake collective action to accelerate progress against malaria and eliminate the disease in the region for good.

Hosted by the Government of Thailand, Malaria Week 2019 brought together senior government officials, technical experts, donors, private sector and civil society organizations demonstrating regional solidarity to support the commitment made at the East Asia Summit and accelerate towards ‘a malaria-free Asia Pacific by 2030’.

”A decade of extraordinary global progress against malaria has stalled, but Asia is the exception. With our region galvanized to eliminate by 2030, we have just a decade to defeat this disease. Achieving the aspirations of the 23 heads of Government committed to the goal, will take an extraordinary effort. Malaria Week showed momentum is on our side. Now more than ever, we need an all-hands-on-deck approach,” said Dr. Benjamin Rolfe, CEO of APLMA.

Malaria Week brings together leaders, experts and officials to ensure ‘whole-of-government’ and ‘whole-of-community’ approaches for malaria elimination.  The meetings promote non-traditional partnerships such as Vector Control Platform in Asia Pacific,  Medicines  We Can Trust, Step Up the Fight! Campaign, M2030, Zero Malaria! Starts with Me, and Malaria Futures for Asia. These are planned and delivered in collaboration with the World Health Organization, the Global Fund to Fight AIDS, Tuberculosis and Malaria, RBM Partnership to End Malaria, the Asian Development Bank, the corporate sector and other important partners. Common themes emerging from the week included the role of national malaria elimination task forces; private sector engagement for public good; building an evidence-base through improved access to quality information; and, building awareness and maintaining urgency for the issue.

”In Asia and the Pacific, countries have halved malaria cases and deaths over the past fifteen years. However, over two hundred million people in the region remain at risk,” said Amita Chebbi, Senior Director of APMEN. “Failure to eliminate this disease will jeopardize the unprecedented progress and investments made in the past decade.”

“Ending malaria is a challenge best approached by minimizing borders and tackling it as a region is the only way to reach our ambitious elimination goals,” said Dr. Preecha Prempree, Deputy Director General, Department of Disease Control, Thailand’s Ministry of Public Health “This week in Thailand, as we collectively reflect on our opportunities and challenges, drive forward multi-country and multi-stakeholder strategies, we progressively realize our vision as one Asia-Pacific. If we continue this path, a malaria-free region by 2030 is ours to claim.”

APLMA is an affiliation of Asia and Pacific heads of government, formed to accelerate progress against malaria and to eliminate it in the region by 2030.

APMEN is a network of countries supporting and driving malaria elimination in Asia-Pacific.